Long term public opinion tracking by ENGAGE's research partner showed a steady downward trend in public approval of zoos keeping animals, particularly larger and more intelligent animals, with a crucial segment – millennials - particularly uneasy with wild animals in captivity.  ​At the same time, the public was largely unaware of the extensive endangered species survival programs that zoos and aquariums lead, in the United States and across the globe.

ENGAGE was brought on by a special AZA Board Task Force that developed an umbrella program, SAFE: Saving Wild Animals From Extinction, to better unite and leverage the work of the 200+ accredited zoos and aquariums, to accelerate that work through fundraising, and to engage the 180 million annual zoo and aquarium visitors as partners.

ENGAGE developed the branding and communication strategy and oversaw the development of the name and the logo, designed to be a little bit playful while still conveying that zoos and aquariums were SAFE for animals.   The program was rolled out in 2016, and has continued to gain traction among AZA members and the general public.

Two recent successes:  on March 2nd, 2017, Facebook, Animal Planet and 18 AZA members participated in an epic 10 hour Facebook Live event focused on endangered species work in zoos and aquariums.   Viewers got to go behind the scenes, and ask question live to the trainers and animal conservation experts.

Similarly, a recent Kickstarter campaign to raise money for nest boxes for endangered penguins, “Invest In the Nest” exceeded its goal and raised over $200,000 in less than 30 days. 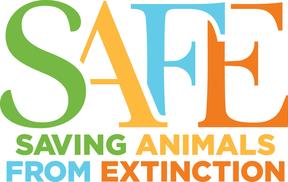