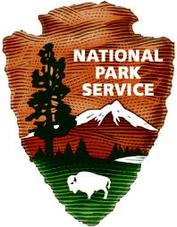 Following the federal government shut downs of the 1990’s, the National Park Service recognized that Americans only knew about the major iconic national parks, and didn't know that the national park system encompassed close to 400 sites nationwide.  The National Park Service turned to a team led by ENGAGE President Mike Bento to conduct a research and strategic branding effort that came to be known as the "Message Project" -- a system wide effort to restore the NPS brand and develop an integrated communications strategy built around the message "Experience Your America."

The branding work and the strategy still guides all organizational communication more than fifteen years later, and when the government shut down again in 2013, the news media consistently conveyed the message that all 400 National Park sites were closed, accurately conveying the breadth and depth of the system.

A signal success of this work was seen in the January 2018 and the January 2019  government shutdown, where the Administration made every attempt to keep the National Parks open, rather than risk negative public reaction - the exact opposite of the experience in the 1990's.